Larry and Kelly Peterson, of Cedar Lake Indiana, met at a Spina Bifida camp when they were 10 years old. They were in many of the same groups at camp, and even discovered they had the same birthday, even down to the same year. They lost contact for a few years, but reconnected as teenagers. They began dating in high school, but ultimately decided to break up when Kelly went away to college. After breaking up, Larry and Kelly lost contact for 10 years. Then, six years ago, through social media, they reconnected yet again. This July, Larry and Kelly will be married for four years. Just over three months ago, the Petersons expanded their family by adopting a baby girl who like them, has Spina Bifida.  Adoption had been a long-term goal for Larry and Kelly.

Larry and Kelly decided on adoption due to not being able to have children biologically. Throughout the adoption process, Larry and Kelly worked with three agencies and a special needs adoption just kind of fell into their lap. Larry and Kelly adopted their daughter domestically, from a neighboring state. In the United States, The National Down Syndrome Adoption Network, and Special Angels Adoption, which is where the Peterson’s got their daughter, are two agencies that are leading the way in placing children with disabilities. Larry and Kelly saw their baby girl’s file just in the nick of time, and submitted their application just one day before it was due. They thought, who better to parent this child than two people who have a deep understanding of the issues she is facing and will face in the future.

For Kelly and Larry, parenting has been both joyous and challenging thus far. They have basked in the joy of getting to constantly hold and snuggle their baby girl, seeing her personality develop, and watch her hit important milestones, such a smiling for the first time Of course, parenting also comes with hardships as well. Even though Kelly has extensive experience with children with disabilities due to being a special education teacher for the past 18 years, being a parent is a whole different ball game. It was not easy to find an agency that would take on a couple where both parents are disabled. Fortunately, they ended up working with great agencies, but they were also denied by several agencies that were not sure they could take on a family like The Petersons. These hurdles made them nervous form things such as their home study, but it all worked out. It is more typical for one parent to be to be disabled, rather than both.

In terms of caring for their daughter, Larry and Kelly are learning to adapt to parenting from their wheelchairs. Kelly has no use of her legs and Larry can walk holding onto things, so they figure out ways to care for their daughter without exceeding their physical limits. Examples of tasks they needed to adapt are bath time and getting their daughter safely into the car. In addition to Spina Bifida, their daughter was born with a congenital heart defect that resulted in two holes in her heart, which requires extensive monitoring and a surgery in the early stages of life. This was difficult for Larry and Kelly, because unlike Spina Bifida, they were unfamiliar with the challenges that come with living with a congenital heart defect. Though, they have both since returned to work, and they have family close by to pitch in during the weekdays.

Larry and Kelly want to be a resource for adults with Spina Bifida who are hoping to become parents, to help alleviate stigmas and negative stereotypes that society has formed in regards to disability and parenting. They also want to be available to new parents who recently received an SB diagnosis. Recently, they started a Facebook page called Journey Down a Country Road: Spina Bifida + Adoption= Our Family, for people to follow the journey of raising their daughter, ask questions, and seek support on topics such as adoption and parenting.. “We want to let society see that people with Spina Bifida live a life just like their non-disabled peers. It’s nothing shocking or amazing. We are living our life just like everyone else,” Kelly said.

In terms of parenting, Larry and Kelly encourage people with Spina Bifida who are looking to become parents to not let your disability, your fears, or other people’s opinions hold you back from pursuing this goal. They also think that those with SB looking to adopt need to hone in on their problem-solving skills, because fully adaptive equipment can be quite costly. As far as adoption as a disabled person, Larry and Kelly urge people not to accept the word, “no” from agencies and to be mindful that policies vary depending on the agency. “Adoption is a learning process and you need to keep pushing along,” they said.

Shortly after their daughter arrived, Larry and Kelly were contacted by their agency and told that there was a photographer in their state named Angela Forker, who specializes in taking photos of children with disabilities through her Precious Baby Project. Kelly googled Angela and was impressed with her work, so she decided to contact her. Ironically, Kelly and Angela had the same idea when it came to what they wanted one of their images to be. The photo that Angela ended up taking consisted of all three of them lying on their stomachs and exposing their scars to the camera. This symbolized that even though Larry and Kelly do not share the same DNA with their daughter, they have the same scars.

Angela started photography almost seven years ago by taking photos of her grandson and soon became a professional newborn. Last year, Angela was wondering about how she could make a difference through her newborn photography, and after photographing a baby from her church with significant disabilities, she decided to start the Precious Baby Project. The project consists of photographs of babies with disabilities situated into elaborate floor scenes, inspired by the work of Adele Enerson. She thought these floor scenes would be ideal for babies with disabilities who can’t sit up or have tubes etc. Angela calls her floor scenes, Baby ImaginArt and many of the photos have great stories behind them.   “These babies and I are on a mission to show that all people are beautiful and valuable,” she said. Much to everyone’s surprise, the photo ended up going viral and in a span of 14 hours after it was posted on Facebook it was gettingnational attention.

Angela also learned a great deal from meeting Kelly, Larry and their daughter. “Kelly and Larry have worked so hard. They overcome challenges because they have the determination. They were so much fun to work with. From start to finish they were so much fun. I was blown away by this couple,” she said. 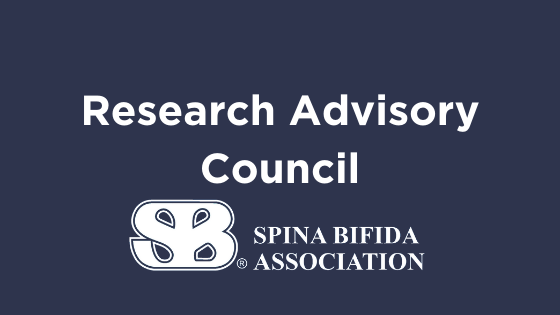 Finding your Style with a Disability

Finding your Style with a Disability